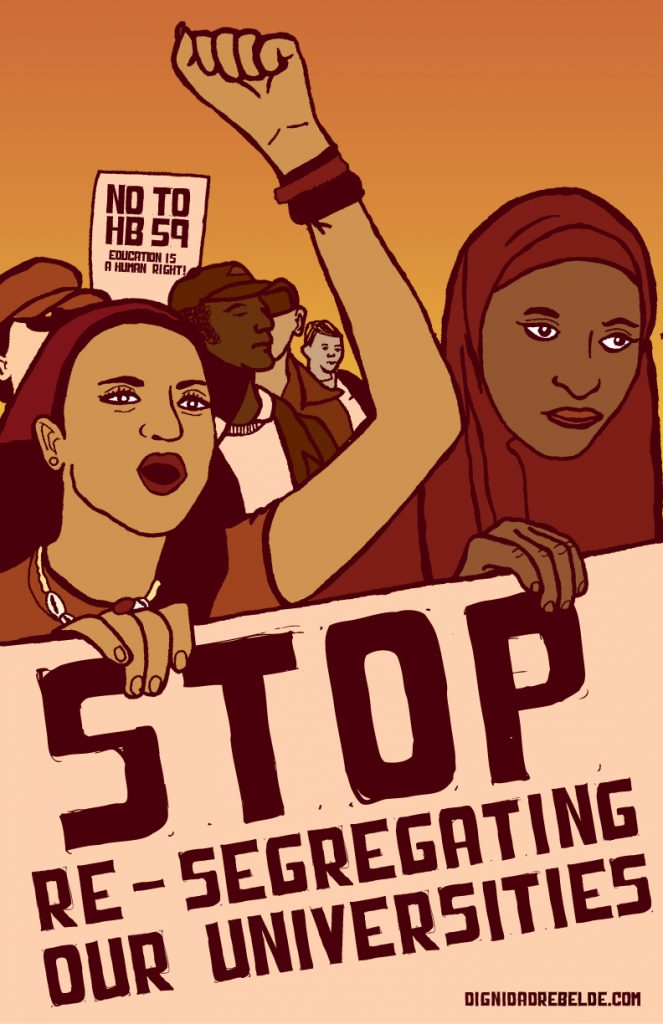 The people of Georgia are facing a flurry of regressive policies and an ever increasing anti-immigrant and racist climate. An organizer who follows Dignidad Rebelde sent me a message asking me if I could create a political graphic to help support some of the organizing students and community based organizations are engaging in.She knew HB 87 and HB 59 would be hitting the floor soon and was hoping we could aide in their efforts to mobilize and raise awareness about the issues. HB 87 is Georgia’s version of SB 1070 so I repurposed a graphic I had originally designed for Arizona.Check it out HERE

The second graphic I designed to address HB-59.  HB-59 would ban undocumented high school graduates from attending all 35 public universities and colleges in Georgia.

The bill, introduced in the Georgia legislature, would require all public universities and colleges to check the citizenship status of all applicants, costing the state millions of dollars in the process.

For this graphic the process was a bit different. Jesus and I make a number of black and white illustrations available for download and use under Creative Commons licensing. You can view the gallery HERE

While checking out the pages of a few organizers in Georgia I came across a graphic that had already been repurposed. The vision and message were there so I decided to take direction from that image and create the graphic I have included above. 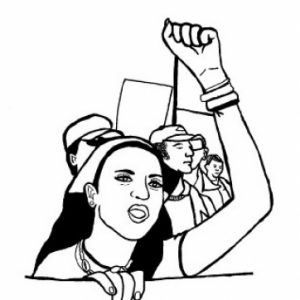 Repurposed illustration with out slogan

Organizers are currently working toward a mobilization that will happen on Tuesday, March 8th, 7:30am – 7:00pm. I am including information about the action below:

“We will carpool to the Univ. System of Georgia Board of Regents meeting to demand it lift its ban of undocumented students at the state’s research institutions and condemn HB 59, which would ban them from all of the state’s public colleges and universities.

We will then congregate at Hurt Park in downtown Atlanta at 10 a.m. to formalize our plan for an activist presence. Drivers will also pick up students and interested people at Legion Pool on the UGA campus at 7 a.m.”