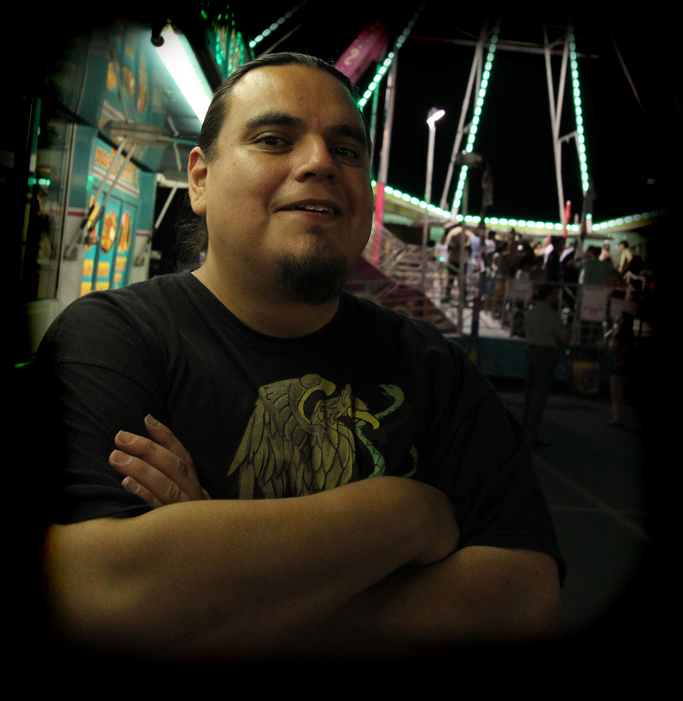 Jesus Barraza is an interdisciplinary artist with a MFA in Social Practice and a Masters in Visual Critical Studies from California College of the Arts. He holds a BA in Raza Studies from San Francisco State University. He is a co-founder of Dignidad Rebelde a graphic arts collaboration that produces screen prints, political posters and multimedia projects and a member of JustSeeds Artists Cooperative a decentralized group of political artists based in Canada, the United States and Mexico. From 2003-2010 he was a partner at Tumis design studio where he worked as web developer, graphic designer and project manager. In 2003 he was a co-founder of the screen printing studio Taller Tupac Amaru that produced political posters and fine art prints. He is currently a lecturer in the Ethnic Studies department at UC Berkeley.

Barraza has worked closely with numerous community organizations to create prints that visualize struggles for immigration rights, housing, education, and international solidarity. Printmaking allows Barraza to produce relevant images that can be put back into the hands of his community and spread throughout the world. He believes that through this work and the work of Dignidad Rebelde, he plays a role in keeping the history of graphic art activism alive.  He proudly continues the tradition of graphic art in the spirit of Jose Gaudalupe Posada, OSPAAAL and Juan R. Fuentes, whose artwork has been part a pivotal part of social movements. Barraza prides himself on his continued connection to his community and his availability as an activist artist who can be relied on for help.

In September of 2014 Barraza led Dignidad Rebelde’s mural for the 5×5 Project, Washington DC’s largest temporary public art initiative as part of Stephanie Sherman’s Near Futures project. In June of 2014 Barraza participated in the exhibitChicano Dreams at the Musée d’Aquitaine in Bordeaux, France. In November 2013 Dignidad Rebelde presented their exhibition Future Ancestors at SoleSpace in Oakland and in September 2013 Barraza was invited to participate in the Embedded in Community: What Is Social Practice? panel at Leeway Foundation’s REVOLVE: An Art for Social Change Symposium. In 2015 he completed his MFA and received the Barclay Simpson Award, the Murphy and Cadogan Contemporary Art Award, and held his MFA exhibition at the Galeria de la Raza.