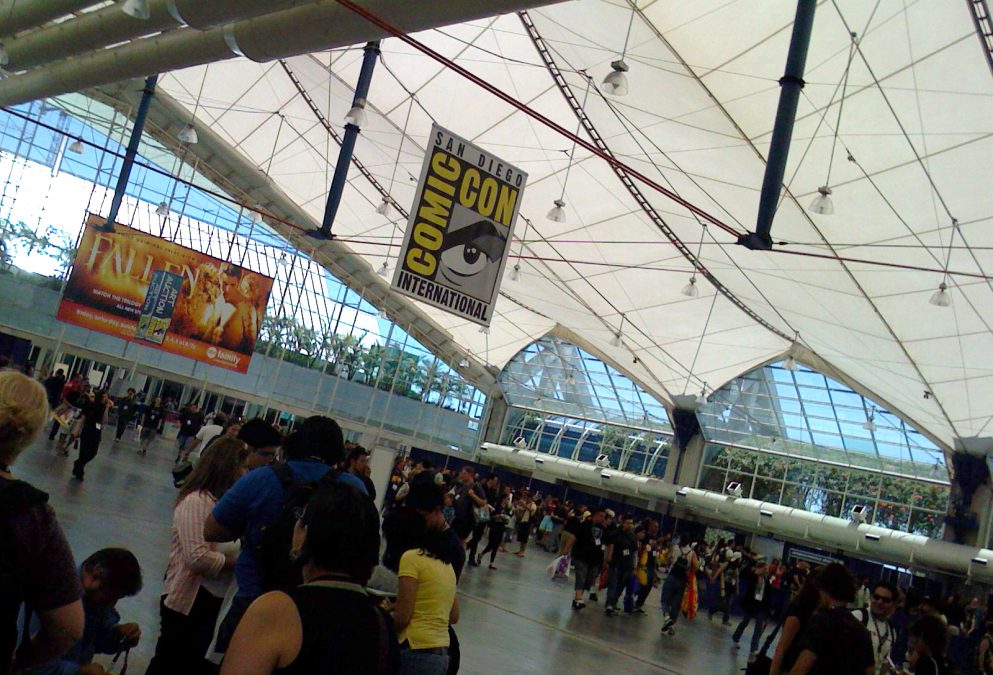 A family that geeks together stays together. Or something like that. This year the San Diego Comicon became a family affair for me. In years past, before I left home to move to the Bay to study, I had attended the Con with my sister Claudia. In my absence my dad started to accompany Claudia. This year jesus, Claudia, my dad and i all went to the Con together. It was crowded but fun. As “Hollywood” comes to court one of the most sought after markets (nerdlandia)by showing whole episodes of upcoming shows, long trailers for upcoming movies and celebrity cast of Sci-Fi and Fantasy themed films the con has expanded to the point that the convention center is bursting at its seams. I have to admit its a pretty white crowd and as far as politics goes…well most of the time its disappointing. A low light of the Con was Ray Bradbury saying that he didn’t think the U.S.  was a surviellance state  that “it is for our own protection” and that that the Iraq war was justified because “our” “freedom” is at stake. My fandom for Bradbury deflated that moment. Especially as the comments were followed by bombastic applause.

Highlights of the con were seeing jesus eyes light up at the Lego booth, the swishy swashbuckling Jack Sparrow impersonator and the discovery of the following comic books: Phonomancer and Suburban Glamour by Jamie McKelvie (which I still can’t find in stores!) and Valentine by Daniel Cooney. I have to admit…mostly I am attracted to the illustrations but some of the story lines are cool too. So what if I like to look at the pictures?-mc