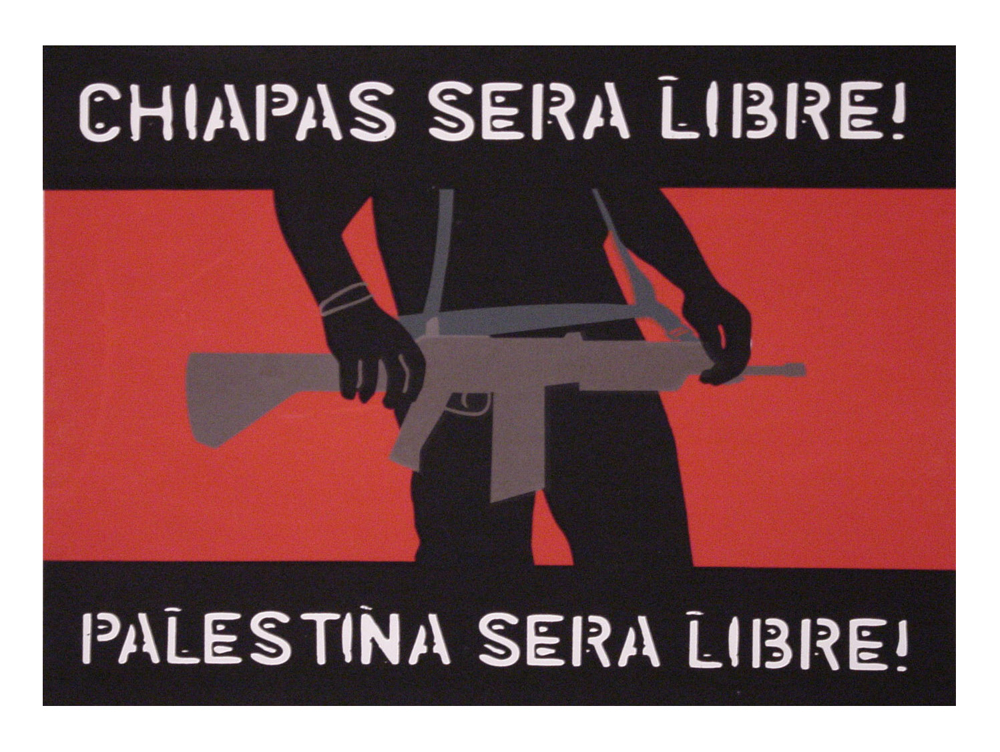 This is a gallery of prints I worked on during 2001 through 2002 while I worked as graphic designer at the Mission Cultural Center. It was while I worked there that I worked with Juan Fuentes, Calixto Robles and Micheal Roman and they mentored me as a screen printer.
There are 20 images in this gallery, there are about another 30+ images that are not photographed yet.

These are the first screen printed posters that I made, the printing wasn’t always the best but they were pretty rad and I had a lot of fun making them. I worked in the studio when ever I had free time, traveling on BART to the Mission from Berkeley with huge stacks of paper to print on. I figure I worked on over 50 posters in the two years I worked at Mission Grafica, that was about two a month. Most of them went into the streets, sold, but mostly given away.

I like seeing a poster in a persons house who I just met and asking how they got that print, some have won them in raffles other gift’s from friends. Doing the math, assuming I printed about 50 prints per poster, there are over 2500 posters I worked on out in the world. Working at Mission Grafica really changed my life, it made me a artist and made me part of a movement.

Check out the gallery of prints here.