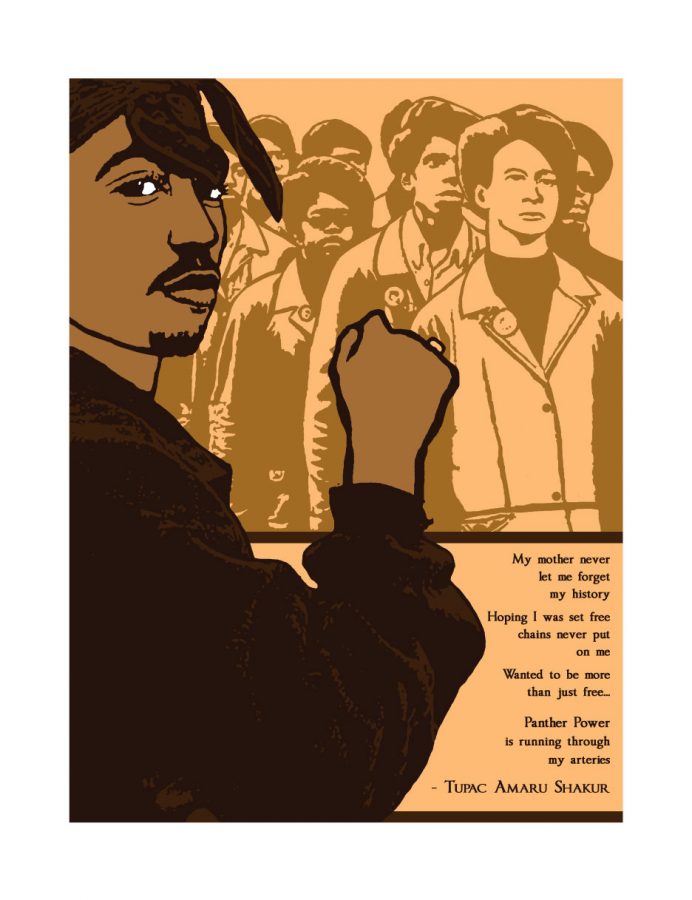 My last year in college at UC Berkeley I lived with five roommates in a three bedroom apartment. Just about every day and every night I could be sure to come home to hear bass thumping, music vibrating the whole house:

Two of my roommates– Victor and Augustin absolutely love Tupac. They were and are fierce community organizers. Working in communities like the Fruitvale in Oakland and in Jamaica Plains they reach out to young people and help the young people be vibrant and amazing leaders in those communities. Tupac, his ideas, his poetry and his music are an inspiration and continue to be used as tools in this organizing. My roommates helped me realize why young people connect so deeply to Tupac and the stories he tells through his art.

Many times people ask why our studio is called Taller Tupac Amaru. Those unfamiliar with the indigenous leader from Peru, who led an uprising against colonizer Spain, assume we named it after this poet and musician. Many people don’t realize that 2Pac/Tupac Amaru Shakur’s mother, Afeni Shakur, was an active Black Panther in New York for over two decades and that the name she gave her son is no coincidence but an homage to the revolutionary Peruvian. The print includes lyrics from one of 2Pac’s early recorded song’s “Panther Power” which tells the story of the political home his family had with the Black Panthers.

I designed this print to help to tell this story visually. I will distribute some of the prints to the people that see how 2Pac’s lyrics and music reach young people. The will land in the hands of my friends, who teach, who organize and who help young people be our communities’ leaders by being grounded in our peoples histories of struggle.