New Print by Melanie at Self Help Graphics 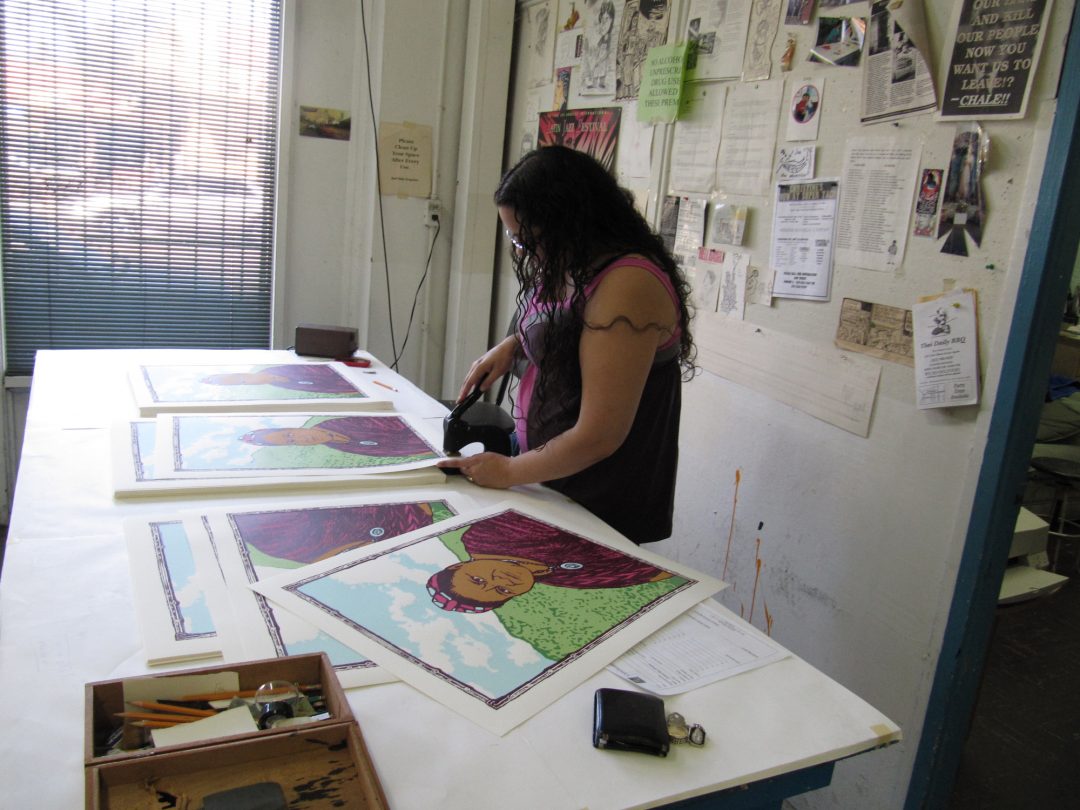 Melanie completed a new screen print at Self Help Graphics working with Master Printer Jose Alpuche. Here is a little about the print from Melanie:

I created a portrait of Rigoberta Menchú Tum, a Quiche-Maya from Guatemala in order to lift up a woman who has helped call attention to the genocidal policies being carried out against indigenous people all over the world. I feel like it is important to know to be able to understand Rigoberta’s story. She helped her family with farmwork as a young person and attended school where she received up to an eighth grade education. She was also a major proponent of women’s rights when she was only a teenager. She has been recognized for her activist organizing against violations of human rights committed by the Guatemalan army. In 1991, Menchú participated in the ongoing preparation by the United Nations of its Declaration on the Rights of Indigenous Peoples which was most recently ratified. Menchu was the 1992 Nobel Peace Prize Laureate in recognition of her social justice and ethno-cultural reconciliation work based on respect for the rights of indigenous people.