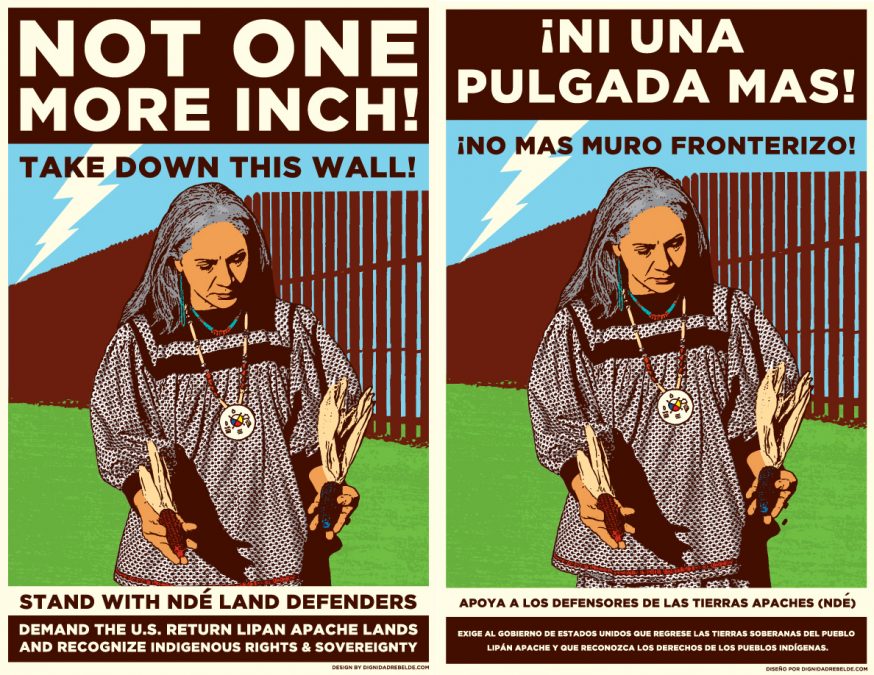 For the past year I have been in conversation with Ndé (Lipan Apache) Land Defenders whose traditional territories have been encroached upon by the U.S government , historically the construction of the border wall, and contemporaneously through the ever increasing militarization of the border via the Department of Homeland Security. These actions by the U.S. government trample the sovereign rights of the Ndé over their land as well as creating an intersection of discriminatory “immigration laws” that target Indigenous populations from the South. I stand in solidarity with their organizing efforts which are many.

Thanks to Margo Tamez who has been an excellent collaborator on this project and to Laura Rivas for making the introduction.

•         The Ndé submitted their analysis and voices to the legal ‘Shadow Report’ responses of a body of Indigenous leaders raising key issues and cases against the United States in front of the Human Rights Committee which is reviewing the United State’s obligations to the International Convention on Civil and Political Rights.

•         The Ndé will soon submit their own ‘Shadow Report’ to the U.N. Committee on the Elimination of Racial Discrimination when it reviews the United States in August 2014.  This is based on numerous rights violations caused by the U.S. border wall and militarization of the traditional and customary lands of Ndé in the Texas-Mexico border region.

•         The Ndé are engaged in self-determination. Key projects related to this on-going process are: