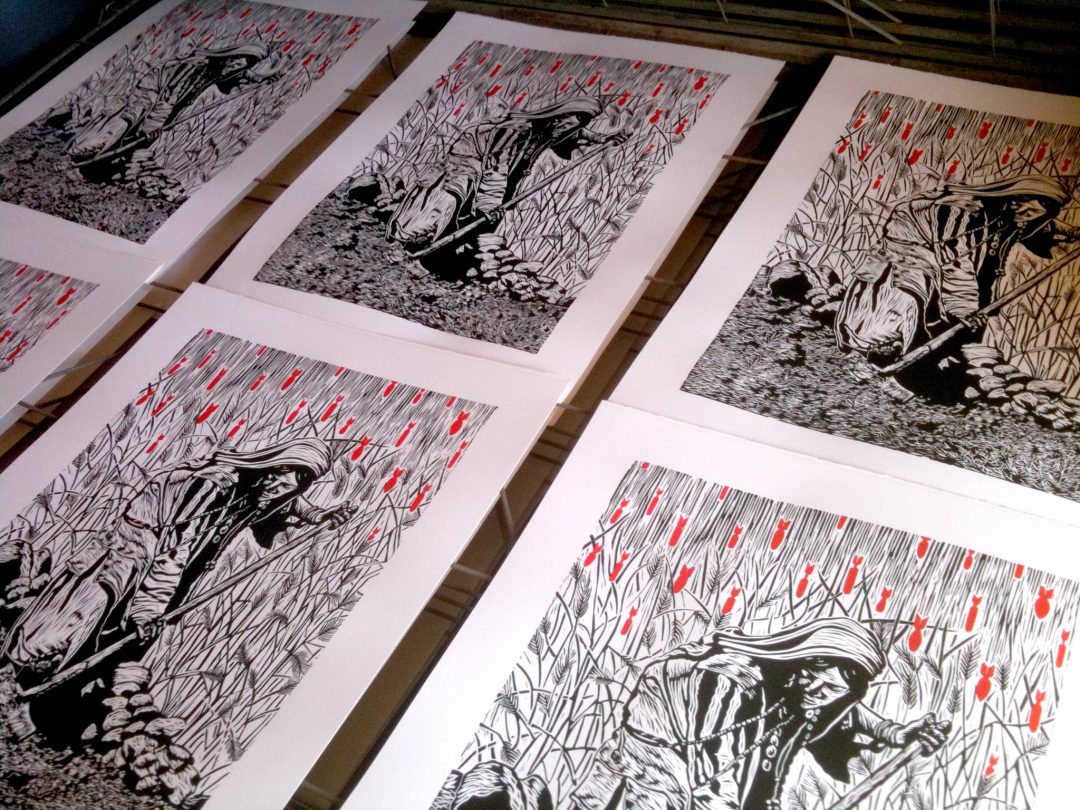 I recently worked with Juan R. Fuentes on screen printed reproduction of one of his linoleum prints for the Center for the Study of Political Graphics. It was part of a portfolio to celebrate their 20th anniversary and was up for sale at their annual awards dinner, where Juan received the Art is a Hammer award. The print is of a woman who is working in the fields, tending to her crops, and in the background you see a rain of bombs falling. The linoleum was first published in 2001 and is one of many responses to the unjust wars that the United Stats has been waging in the Middle East.

Juan has been a longtime mentor of mine, and was the first to encourage me to pick up the squeegee and start printing and his art the ways he uses it to create a voice of resistance has always inspired me to do the same. It has always been an honor to be able to work with him on various projects and continue the printmaking tradition that he has been carrying on for over 30 years.

To see more of Juan’s work check out his website here.