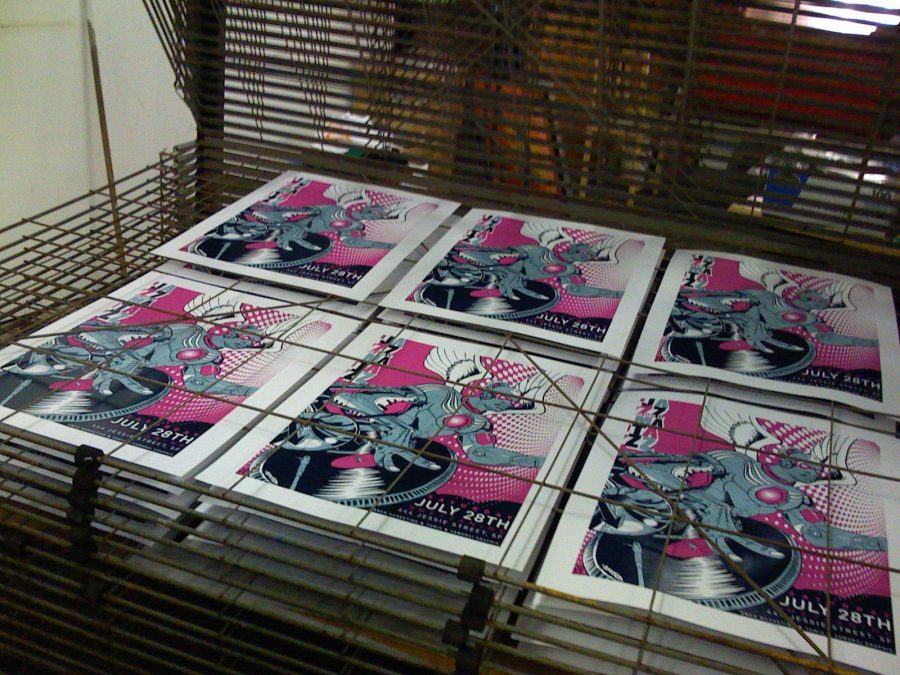 This summer my friend Estria was approached by Ank Entertainment to create posters and t-shirts for shows his company was promoting at the Mezzanine in San Francisco. We didn’t have to think too hard about this one, Estria and another friend (and Tumis partner) have been wanting to make some concert poster for years. The line up of concerts he had his hands in, just sealed the deal for us: Jazzamatazz, Rock the Bells, Common, Dead Prez…can i say more?

We’re trying to do what we are all best at, Estria will do the illustrations, Tony the design and I will be pulling the squegee. I’m sure things will be shifting as concerts come up, because I know I will be creating a poster for Rock the Bells with a politically charged Rage theme. Most likely a psychedelic Zapatista poster.

The arrangements are still in the works but we have started creating posters, the first one is for the Jazzamatazz show. Estria did a bad ass drawing of a musically charged robot and tony rocked the design. It came out great. I helped create the separations, and mix the colors…blue tinted silver, pink and dark blue. It came out great. Their design was also adapted for some cool t-shirts that were printed by Samuri Graphixs.

The response at the show was great, Tony and Estria passed out some poster and t-shirts, people were loving it. I think it was a little unexpected by the crowd, a great show and a poster to boot.

Take a look at the gallery to see the process we went through to print the poster. 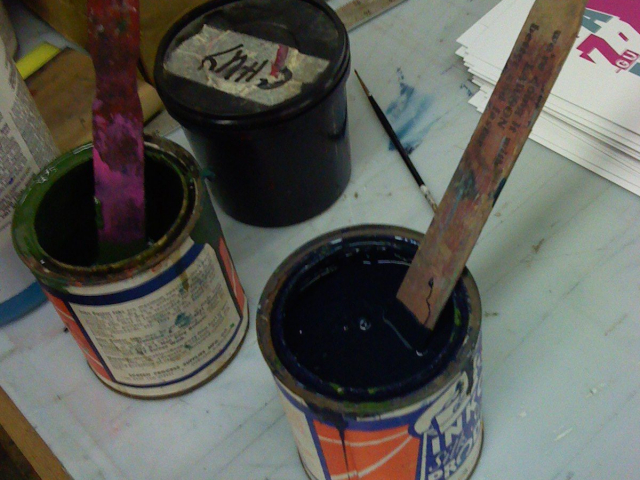 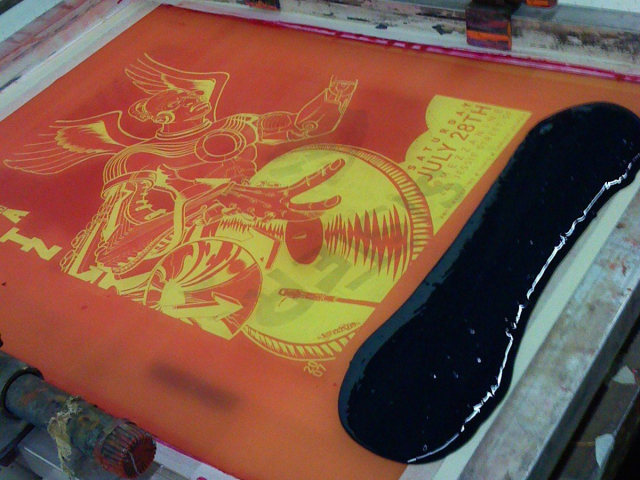