About a month ago HOMEY started working on a design for a mural to replace the mural behind the Mc Donalds on 24th & Mission. Homey students began working on a sketch by looking  through art books to study and finding pictures to use as insparation. A call was made to the community to join in the painting of the mural and it became a community celebration.

The mural depicts struggles of people around the world and people from the neighborhood and the stories of the ancestors. It is a very beautiful mural that reflects the movement and most importantly the world view that the youth from Homey are trying to share with the community.

But of course there had to be some contraversey, a section of the mural deals with the wall in Palestine being broken down by Palestinians. The issue was brought up to the SF Art Comission by some Jewish folks who claimed that the mural was anti-semitic. The big issue was that there was that a Palestinian freedom fighter was wearing a kafia over their face, which is only worn in this fashion during war. There was a big fight, in the end the freedom fighter’s was repainted and replaced by Leilah Khaled.

In the end the mural turned out great, please check out the gallery to see some pictures of the mural, before it was changed. 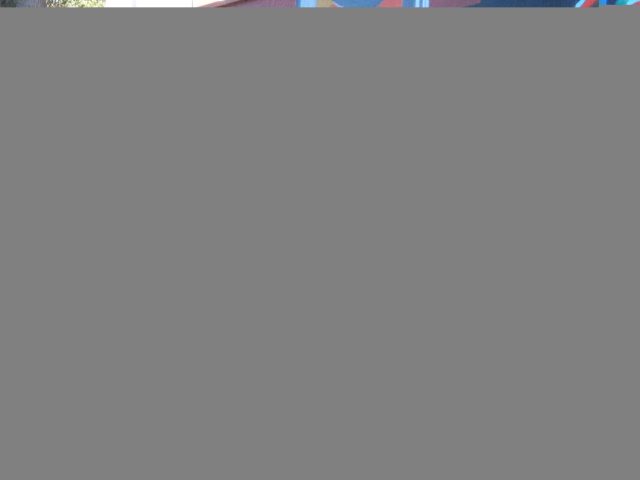 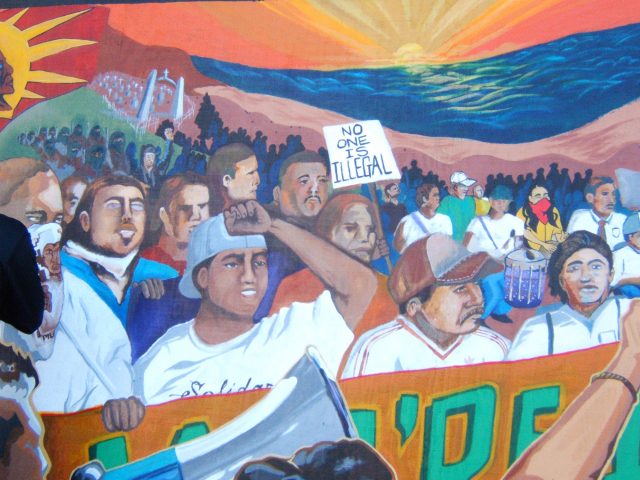 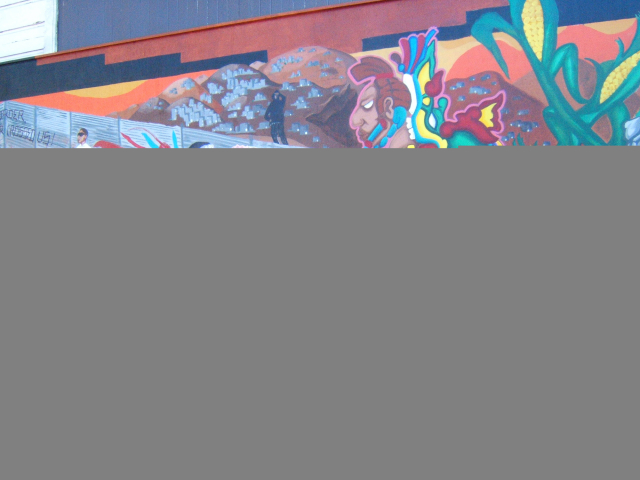 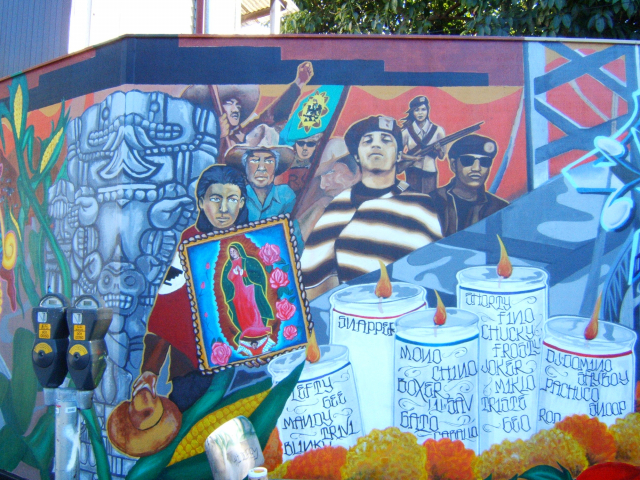