Hawaii: A Rez Surrounded by Water 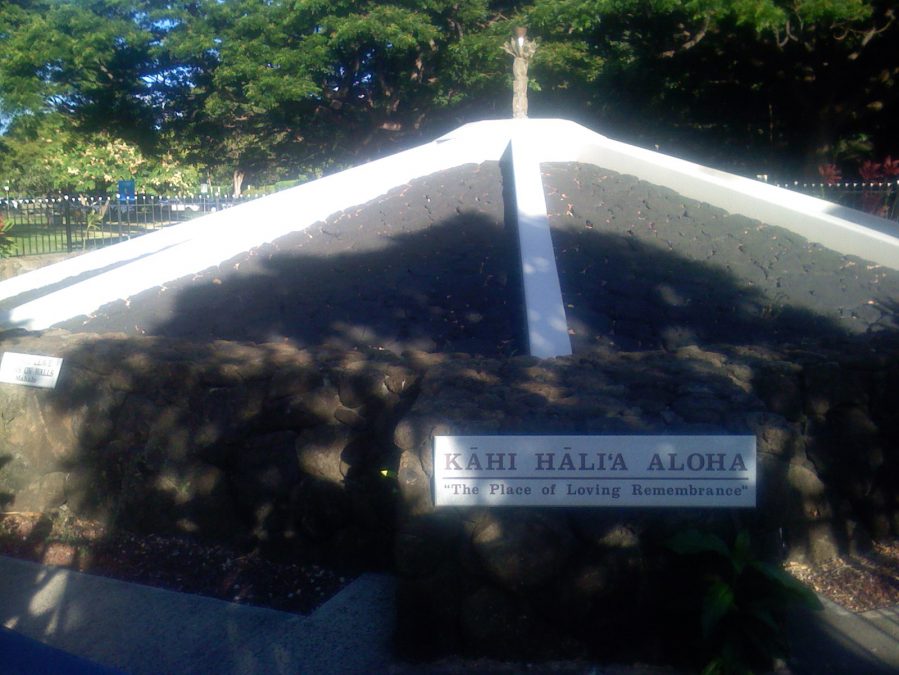 My partner Melanie and I just came back from a trip to Honolulu, Hawaii. We wanted to go on a vacation and we wanted to go somewhere we could just get away and not have to deal with our everyday work lives. We knew that Hawaii was a beautiful place so we got our tickets and booked a hotel and headed down to the to one of the most beautiful places in the world.

We couldn’t wait to get away, it was all we thought about for weeks! We knew that heading down to Honolulu we were going to one of the biggest tourist spots in the world, but we were mainly concerned with getting away. When we finally arrived in Hawaii we were ecstatic, a whole week to spend with each other, we didn’t have any plans or an itinerary, we just were going to take it day by day.

From the first day we had a beautiful time, it was great being totally away from work and all our responsibilities. From the first day we began to see the two sides to the island. On the drive from the airport to the hotel we saw all government housing and disparity in wealth. It was hard to see the poverty that existed in a place that had so much wealth from tourism.

When we got to the hotel it was beautiful, we had a view of the beach we were right in the middle of Waikiki and the beach was just across the street. Walking around Waikiki we could see the wealth in the streets, hundred of tourists spending thousands a day. It was difficult to be part of this, but we wanted to learn more about what was going on there.

On the first night we learned about the protests that were happening against the superferry, the ferry was started to take people and cars between the islands making it easy for people to get from island to island. The day we arrived was supposed to be the fist voyage, but protestors stood in the way. Over 30 surfers stood strong in the waters making sure the superferry would not have an easy time docking, there were also a couple hundred of protestors on the shore who stood strong. The protesters were there opposing the supperferry because of its environmental impact to the waters, there is a lot of controversy on this topic, you can read more here.

There was more, while reading the Weekly we found a short op ed piece about the storming of the Iolani Palace by Hawaii sovereignty supporters on the 125th anniversary of the palace (click here to read the article). It was inspiring to hear about this resistance that is happening on the islands, it is always inspiring to hear about native people’s struggles to take back their native lands. This got us more interested in the struggle of native Hawaiians, and the colonization process that occurred on the islands. Using the internet we wiki’ed many things, finding interesting facts about the original of pineapples and the hoales who first landed on the islands as well as people who were fighting for sovereignty.

It was crazy to find out about how the US has gone about taking over the land through illegal means as it had on the mainland, and all in the name of big business. The plantation owners needed to have control of the land to continue growing their profits, and in achieving their goal they took the soverngnity away from the native people and made the second-class citizens. People were not rounded up and moved to small tracts of land, but those who took control of the land and the wealth were able to make the rules in their favor and were able to segregate the natives. There is the case of genocide, so many people have passed and so much culture has been lost. But there is so much out there to bring the land back to the native people, all I can do is support the struggle.

In her short but powerful book, A Small Place, Jamaica Kincaid writes that her home island Antigua:

“…is a small place, a small island…It was settled by Christopher Columbus in 1493. Not too long after, it was settled by human rubbish from Europe, who used enslaved but noble and exalted human beings from Africa…to satisfy their desire for wealth and power, to feel better about their own miserable existence, so that they could be less lonely and empty- a European disease”

I couldn’t help but think of Jamaica and her writing as we consider where jesus and i would take our first vacation together. I have to admit that I felt a bit guilty even having privilege enough to choose a destination. For most of my life vacation meant that I was in school, we were on break and that it was time to visit family. This would be the first time in my life where I had enough resources and the time to travel to a place where no family lived and where I had no conference to attend for work or school. This would be the first time I would be a tourist.

“The thing you always suspected about yourself the minute you become a tourist is true: A tourist is an ugly human being. You are not an ugly person all the time; you’re no an ugly person ordinarily; you are not are not an ugly person day to day. From day to day you are a nice person. From day to day, all the people who are supposed to love you on the whole do. From day to day, as you walk down a busy street in a large and modern and prosperous city in which you work in and live, dismayed, puzzled (a cliché, but only a cliché can explain you) at how alone you feel in this crowd, how awful it is to go unnoticed, how awful it is to go unloved, even as you are surrounded by more people than you could possibly know in a lifetime that lasted for a millennia, and then out of the corner of your eye you see someone looking at you and absolute pleasure is written all over the person’s face, and then you realize that you are not as revolting presence as you think you are (for that look just told you so).”

I wonder what financial privilege and my metropolitan life have added up to? A sense of isolation? Why did i need to “get away”? Away from what? Or was it that we really just needed a break. A space to decompress. We needed to take a break from our day jobs: moving resources to just causes and empowering groups working for justice through technology.

We wanted to go somewhere beautiful. Beautiful lands…we chose Hawai’i. The problem is that this beautiful land that once was in the hands of beautiful native people was now being colonized and occupied by U.S. military forces and being exploited as a space of mass consumption of culture and goods. The people who look like me, the indigenous people of Hawai’i, are displaced, disempowered and marginalized in what are rightfully their lands.

The people have to watch their sacred sites for burial get covered by concrete and steel. New sites of consumption (outdoor malls) are erected on top of the bones of their ancestors. And, if they are luck they are able to move the bones and honor them in some way (see memorial picture above). This is the concession that is made by the force of corporations and the “free market”-disturb the resting place of many of your ancestors so that we can sell two thousand dollar handbags.

It occurs to me that Waikiki is the Emeryville(Ohlone) Shellmound. That the Shellmound is Waikiki. And that in some ways I haven’t gotten that far away from home. As indigenous peoples we share the fight to respect and honor the ancestors and their resting place(s).

Then Jamaica visits me again:

“But, one day when you are sitting somewhere, alone in that crowd, and that awful feeling of displacedness comes over you, and really, as an ordinary person you are not well equipped to look too far inward and set yourself alright. because being ordinary takes all you have out of you, and though the words ‘I must get away’ do not actually pass across your lips, you make a leap from being that nice blob just sitting like a boob in your amniotic sac of modern experience to being a person visiting heaps of death and ruin and feeling alive and inspired at the sight of it; to being a person lying on some faraway beach, your stilled body stinking and glistening in the sand, looking like something first forgotten, and then remembered, then not important enough to go back for; to being a person marveling at the harmony (ordinarily, what you would say is backwardness) and the union these other people (and they are other people have with nature.”

It’s hard the first days there in Hawai’i. Jamaica’s words take flight through my mind but I start to realize my tourism isn’t the same as Japanese and White(mainland) tourism. I look too much like Them. Remind people too much of what is underneath the commercialized and decontextualized “Alohas” that are thrown about at every shop we pass through.  In many ways our trip helped me undo the myth of Hawai’i. That construction that I had internalized. Pineapples are probably from Brazil or Uruguay NOT Hawai’i. Macadamia nuts are from Australia. The militarization of Hawai’i is ever escalating. And, the resistance to the occupation is still vibrant. Native Hawaiians want sovereignty. And though the movement for sovereignty is fragmented their desire for liberation from occupation and need for self-determination is clear and familiar.

So we “get away” only to arrive at a place that mirrors many other indigenous peoples struggles. We leave indebted to the land and to the Native peoples who are caretakers of the land but who live under the forced rule of occupying forces. We leave having enjoyed the beautiful waters and beaches. We leave having experienced the discrimination that Natives must feel every day. Our faces reflect their Otherness too much.  We leave carrying the struggle in our hearts. But we also arrive home knowing we have the tools of our art to help tell the stories we learned. To help support the Native Hawaiians movement for liberation because our freedom is wrapped up in theirs.-mc