Growing up In L.A. and becoming an artist; an interview 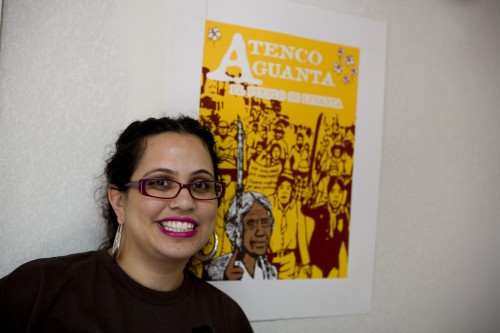 Our conversation covered several topics including Occupy and the movement of the 99%, how I define collaboration and people’s art and she even took me back to my days as a teenager, growing up in Los Angeles.

Here is a snippet from the interview where I talk about being seventeen riding in the homecoming parade the same day major youth protests erupt against California’s anti-migrant Proposition 187:

The next flashpoint for me was when Prop 187 was on the ballot and Pete Wilson was governor of California. It was the same year I was running for homecoming queen—which really speaks to the big shifts in my life. I was in a poofy dress, in a car in the homecoming parade the same day there were walkouts in protest of Prop 187. I remember having this moment of dissonance. There were helicopters all over the area and students were trying to jump the fence but the metal had been greased so students couldn’t get out. Latino students understood what Prop 187 meant. It didn’t take a whole lot of agitation to get them to demonstrate.

To read the full interview click here: Toma Las Calles! Take It To The Streets! An interview with Melanie Cervantes of Dignidad Rebelde