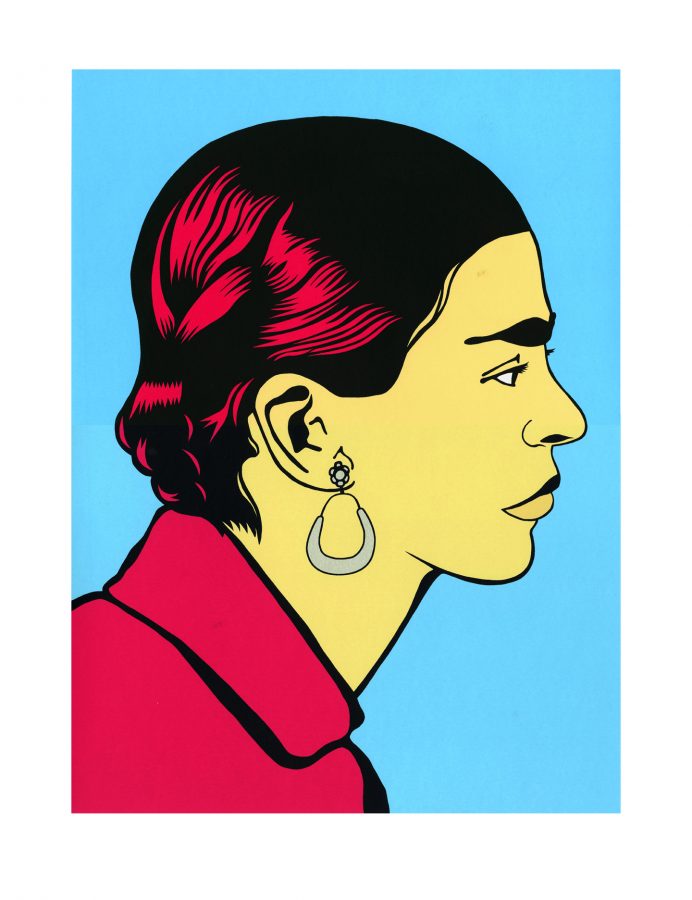 When I was in Detroit for the US Social Forum, I had the opportunity to visit the Detroit Institute of Art to see the mural there by Diego Rivera. While we were at the DIA we found a series of photos documenting the painting of the mural, one of the photos was of Frida working on one of her paintings. I have always been interested in the time Frida spent in the US, or as she called it “Gringolanda”, and how she felt politically about its relationship with Mexico. In the photo I used for inspiration, Frida is working on her painting “Self Portrait on the Border of Mexico and The United States” (image below) which shows Gringolandia’s destructive industry and ominous sky scrapers and Mexico’s connection to the land and its indigenous roots. This is one of my favorite paintings of Frida’s, I like how she confronts the uneasy relationship between the two countries and takes a position, this is one of the most important things that we as artists must do is take a position and express our political views.