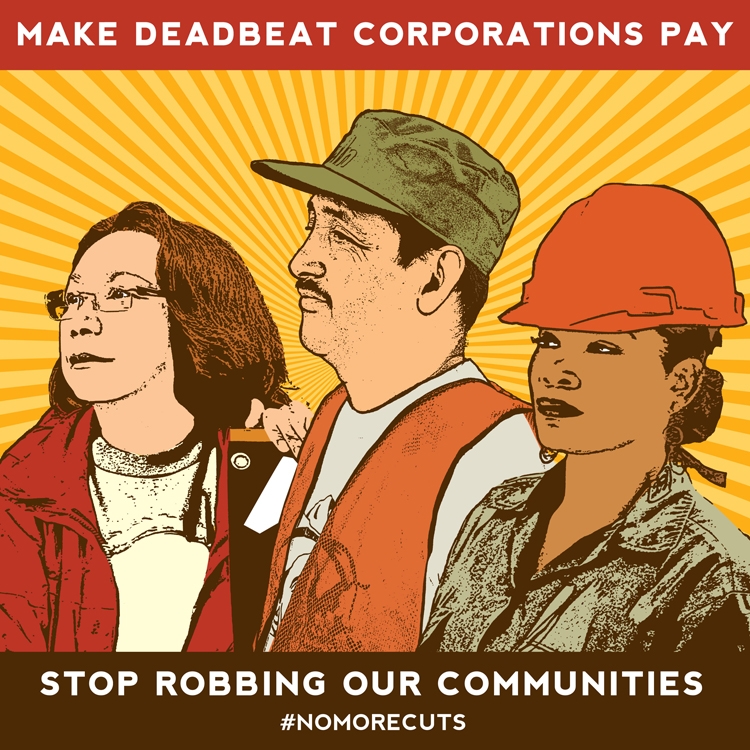 I was one of the first artists to join the ArtStrike   because I share the belief that the U.S. isn’t broke – It’s being robbed. I took a stand  against cuts to vital programs and demand the wealthy and corporations pay their fair share. As I thought about what my art piece could address I began to ask myself: “What is a fiscal cliff?” And as I read and talked with people I really began to understand it is a fiction created by Congress as an excuse to rob our communities of even more resources. Once again the lack of will to make corporations and the rich pay their fair share means that low-income and middle-class families will have to foot the bill. I think there is a simple solution- make deadbeat corporations pay taxes! As a woman of color, who is an artist as well as a worker in a non-profit, I feel that the most pressing issues are about supporting the most marginalized in our society and to help shift our collective culture to put people and the planet before profit.