GUADALUPE: Queen of the Water, Mother of the Land of the Dead 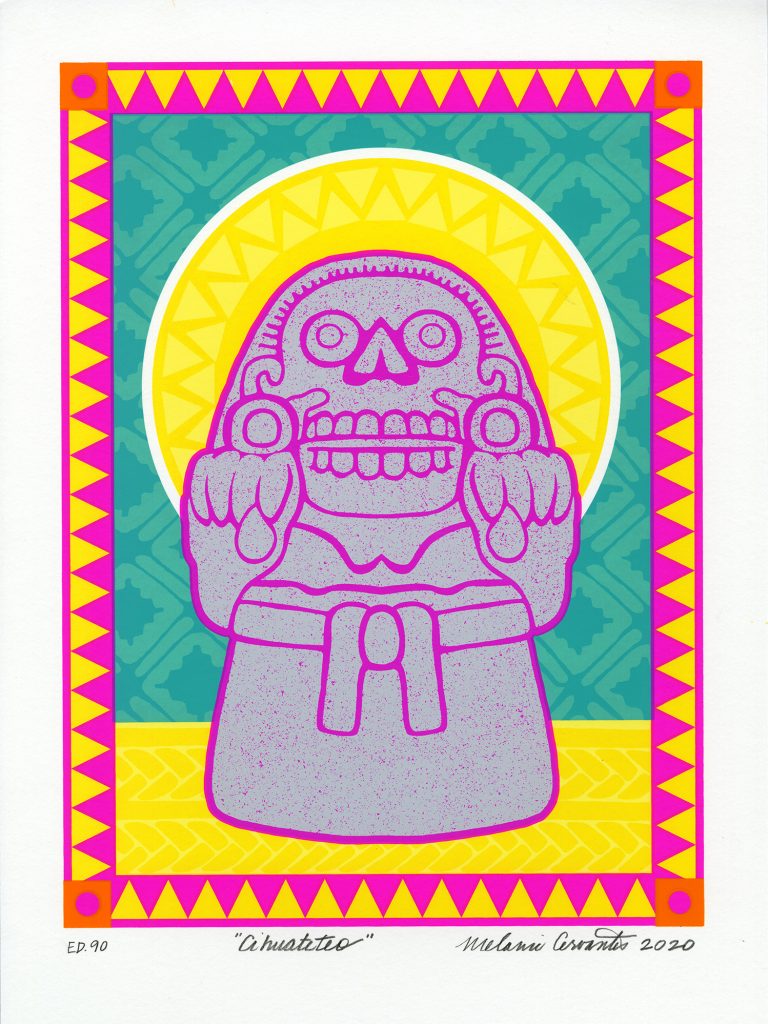 Guadalupe – Queen of the Water, Mother of the Land of the Dead (Chapter # 1) is a group exhibition that explores and interrogates the influence, iconography, and the practices of devotion surrounding the spiritual and cultural symbol of the Virgen de Guadalupe in the Chicana/o/x and Latinx contemporary cultural scene.

As a research project, this exhibition presents one of many compelling arguments to examine and expand the image and power of one of the most important figures of our time, the Virgen de Guadalupe. Through the works of art exhibited, we delve into the various themes, contexts, and pictorial language that have been adapted and incorporated into the image and meaning of the Virgen. These include many contemporary and historical movements – the Virgen being used as a banner of freedom, as an immigrant’s protector, and as a symbol for feminism, environmentalism, indigeneity, and anti-colonization.

This selection of artists and artworks responds to 3 curatorial axes. In the Aura of the Virgen, we review the relationship between the spirit and mythic memory of ancestors that connect Guadalupe as a maternal figure with the Madre of Mexico, Tonantzin, and other goddesses. We also examine the Power of the Virgen, reinterpreted as manifesting in the supreme protection of poor people, in the protection against injustice, and as a shelter against all struggles. This culminates in popular manifestations of the Virgen in the Southern Californian landscape as Mother Nature – a powerful force that revalorizes women’s freedom and asserts the interconnectedness of all women as creators of life, as fighters for social, political justice, and revolution – uniting the scars of the land with the possibility of infinite rebirth and renewal, a counter to the imposition of Western vision.

Together with these artists, we invite you to participate in the conversation about this iconic figure that has transformed our existence from the 16th century to the present.