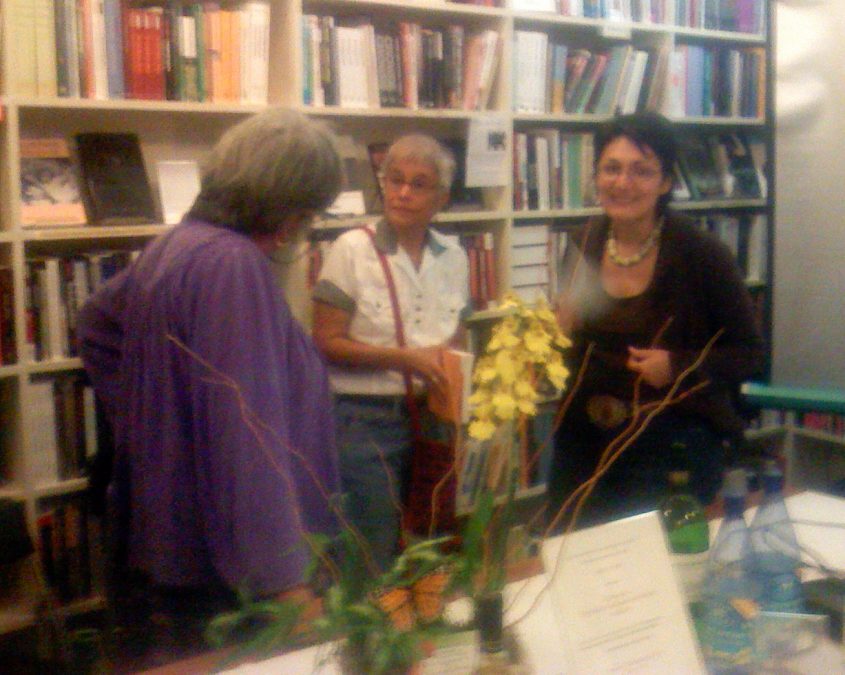 Laura is an associate professor at Cal  and though I never took a class with her I admired her from afar. (I couldn’t cram all the classes I would have liked to in my two year stay at Berkeley). I really found it interesting that Laura was focusing on those Xicana/Chicana and Latina artistas who were making art that dealt with spirituality. On this she says: “I found that these women artists who didn’t define themselves as religious — and maybe even defined themselves as atheist — were constantly making reference in their work to spirituality of one sort or another.”

The reception was a wine and cheese event but it was attended by Xicana and Chicano/a scholars, thinkers, art makers and art appreciaters. It was a reunion of sorts. I was star struck by the likes of Ester Hernandez, Juana Alicia and Consuelo Underwood Jimenez. Other artist in attendance were Patricia Rodriguez and Irene Perez. Jesus and I were both very excited about talking to these mujeres artistas and took the opportunity to hang out with them a bit. We made the effort to build community with the artistas who have influenced us-even from a distance.-mc