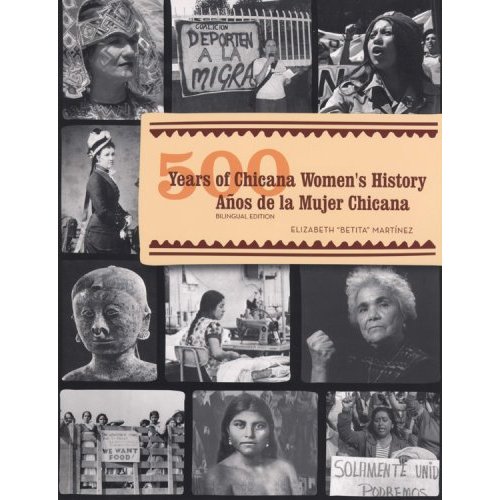 I began working with Betita Martinez about 10 years ago on Shades of Power, it was my first big break and an honor to work with her. I learned so much working with her on that project, and it helped open so many doors, basically starting my career as a designer and artist. After Shades of Power, which lasted about 3 years, we kept working on small projects together and about four years ago we began working on a new project.

When Betita started working on her new book, 500 Years of Chicana Women’s History, she asked Favi and me to work on the design for her new book. A project that was supposed to take about a year ended up spanning over three years. In December the book was delivered to the publishers and productions began, it took about two months to get it printed and on its way to stores, you can look on amazon to pick up a copy if you can’t wait.

A little about the book:
The history of Mexican Americans spans more than five centuries and varies from region to region across the United States. Yet most of our history books devote at most a chapter to Chicano history, with even less attention to the story of Chicanas.

500 Years of Chicana Women’s History offers a powerful antidote to this omission with a vivid, pictorial account of struggle and survival, resilience and achievement, discrimination and identity. The bilingual text, along with hundreds of photos and other images, ranges from female-centered stories of pre-Columbian Mexico to profiles of contemporary social justice activists, labor leaders, youth organizers, artists, and environmentalists, among others. With a distinguished, seventeen-member advisory board, the book presents a remarkable combination of scholarship and youthful appeal.

In the section on jobs held by Mexicanas under U.S. rule in the 1800s, for example, readers learn about flamboyant Doña Tules, who owned a popular gambling saloon in Santa Fe, and Eulalia Arrilla de Perez, a respected curandera (healer) in the San Diego area. Also covered are the “repatriation” campaigns” of the Midwest during the Depression that deported both adults and children, 75 percent of whom were U.S.-born and knew nothing of Mexico. Other stories include those of the garment, laundry, and cannery worker strikes, told from the perspective of Chicanas on the ground.

From the women who fought and died in the Mexican Revolution to those marching with their young children today for immigrant rights, every story draws inspiration. Like the editor’s previous book, 500 Years of Chicano History (still in print after 30 years), this thoroughly enriching view of Chicana women’s history promises to become a classic. 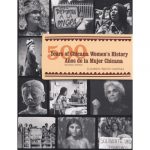