The Revolution is Now 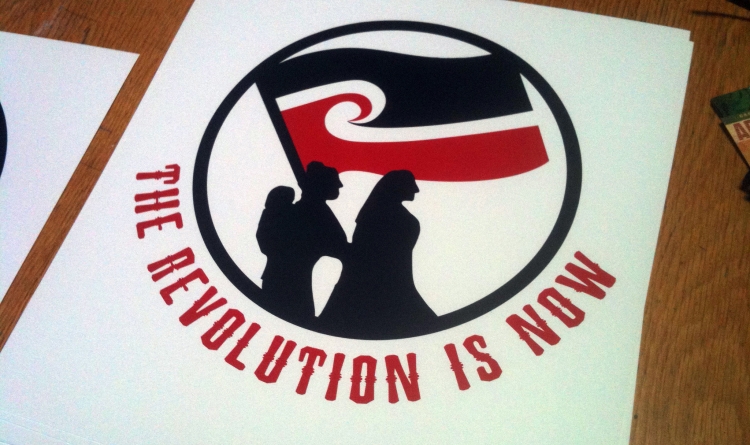 We had the opportunity to work with a group of Indigenous artists who were visiting the Bay Area, participating in the Emerging Indigenous Voices program. We were introduced to the group by our friend Dylan Miner who told us about the program and invited us to see work they were producing. We were really excited by the work they were doing and when we were hanging out with Kewana, he described an image he wanted to carve in linoleum and we had the idea to make it into a print.

From the artist Kewana Duncan:
“The image represents moving forward now, in this generation, on the Tino Rangatiratanga [Maroi Independence] Movement. The woman is leading, the man is fully supporting her, and their child will grow up in an independent Indigenous community.”