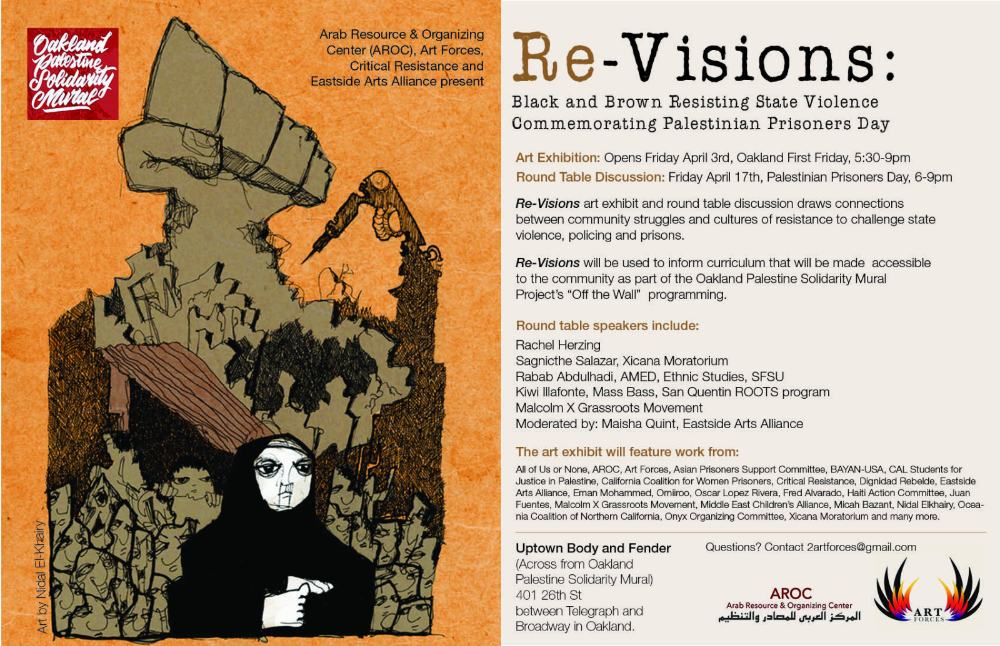 Re-Visions art exhibit and round table discussion draws connections between community struggles and cultures of resistance to challenge state violence, policing and prisons.  Re-Visions will be used to inform curriculum that will be made  accessible to the community as part of the Oakland Palestine Solidarity Mural Project’s “Off the Wall”  programming.

The art exhibit will feature work from: