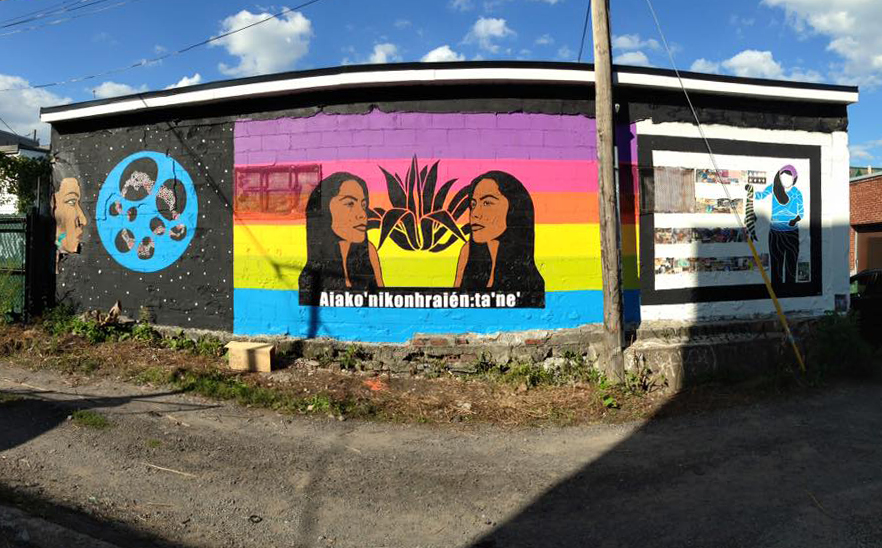 Unceded Voices is the second annual anti-colonial convergence of Indigenous women and women of color, in Tiotia: ke (so called Montréal), unceded Kanien’kéhá:ka (Mohawk) and Algonquin territories, who reclaimed public space to share their art-works. Check out the first episode in a series of videos that will share who we are and our experiences during the convergence. Meet the artists: Meet the artists- Lindsay Katsitsakatste Delaronde,Jess Sabogal, Elizabeth Blancas, Melanie Cervantes, Swarm, Lianne Charlie,Dayna Danger and Jessica Canard.

The goal of Decolonizing Street Art is two-fold: to develop a network of solidarity and support between Indigenous street artists; to promote anti-colonial resistance through diverse street art interventions.

At present, Decolonizing Street Art organizes an annual convergence of street artists in Montreal. The second gathering will take place this coming August 14-23, 2015 under the name “Unceded Voices”.

During Unceded Voices, artists from all over Turtle Island (and beyond) will be making street art interventions on the streets of Montreal. Unceded Voices will also include workshops and panels on the theme of anti-colonialism.

This year (2015) all participating artists are Indigenous and/or people of colour. In the long-term, Decolonizing Street Art is focused specifically on supporting a solidarity network of women-identified Indigenous street artists.

The organizing principles of Decolonizing Street Art include opposition to colonialism, capitalism, and all forms of oppression, including but not limited to racism, patriarchy, heterosexism, ableism and transphobia. We organize on the basis of solidarity, mutual aid and support, as anti-colonial street artists and supporters.

Decolonizing Street Art is a grassroots initiative. We refuse state and corporate funding. Our overall budget (less than $4000 annually) is raised via crowdfunding and the support of local groups and individuals.

Decolonizing Street Art promotes autonomous street art (distinct from public art) that is not financed by government or corporate institutions, or represents their interests.

Decolonizing Street Art’s lead organizer is Camille Larivée, a queer and feminist Innu street artist based in Montreal, with the support of local allied individuals and organizations. The original idea for Decolonizing Street Art emerged from a conversation between Camille and Tom GreyEyes (Navajo) in November 2013.

If you like what you see donate here: https://www.gofundme.com/uncededvoices 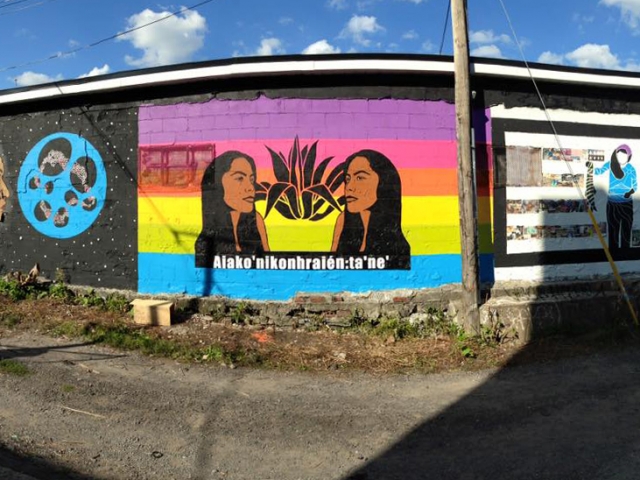 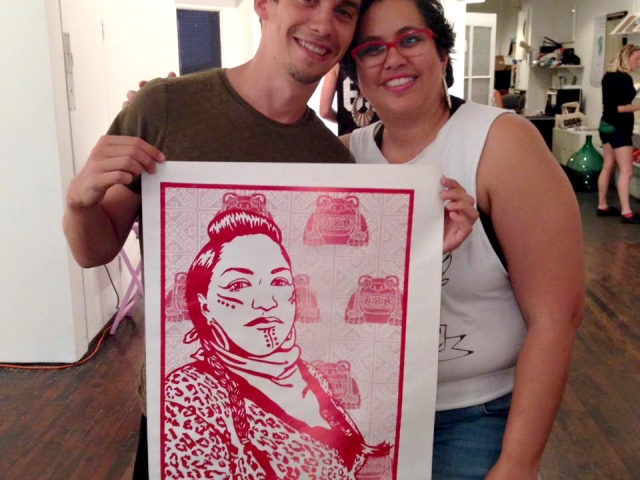 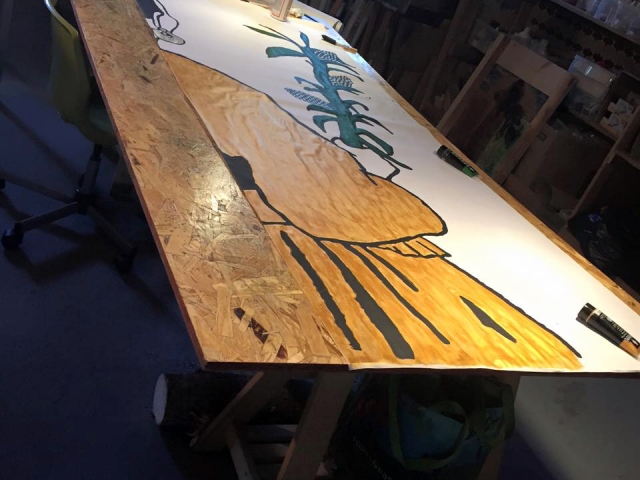 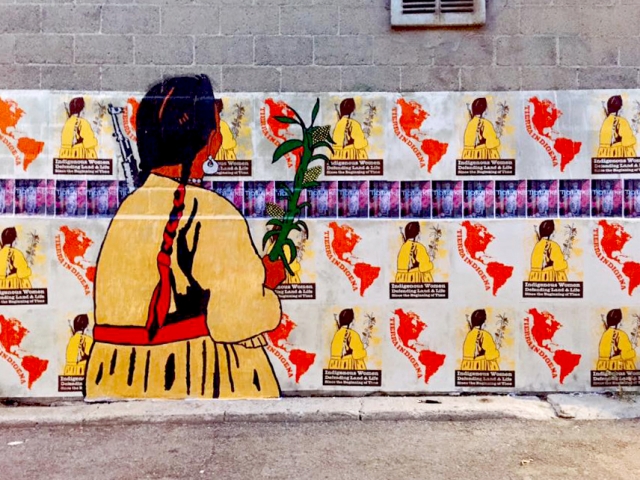 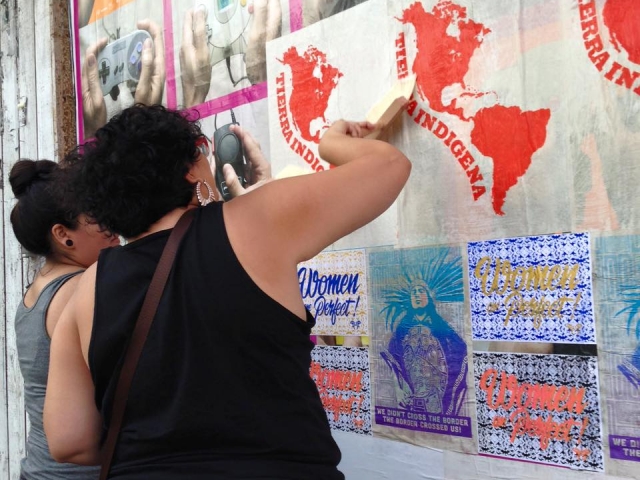 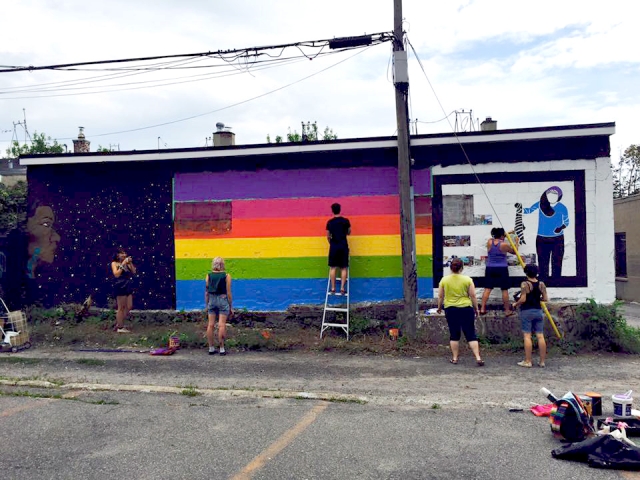 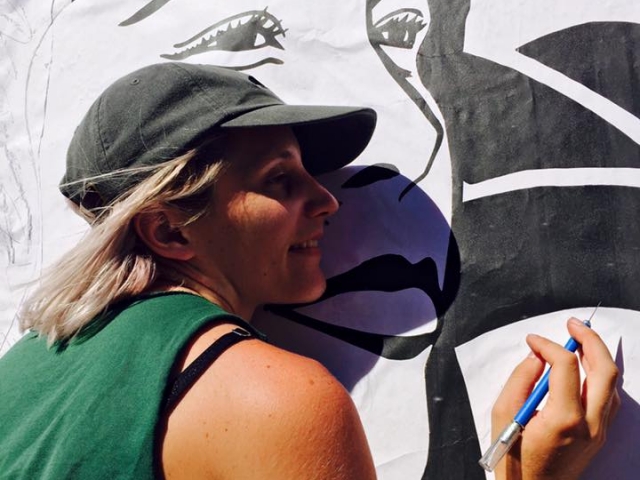 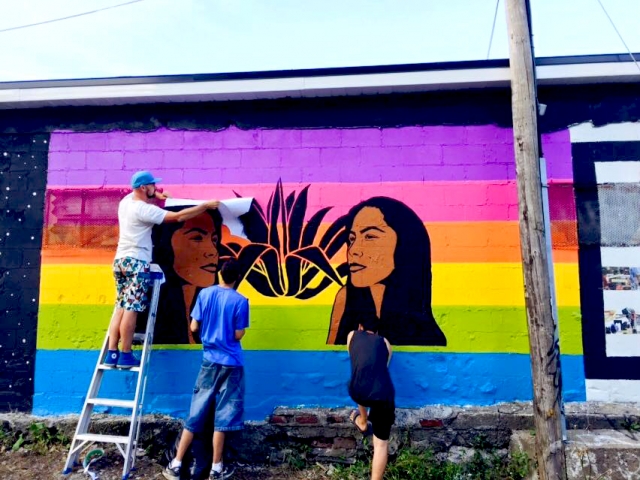 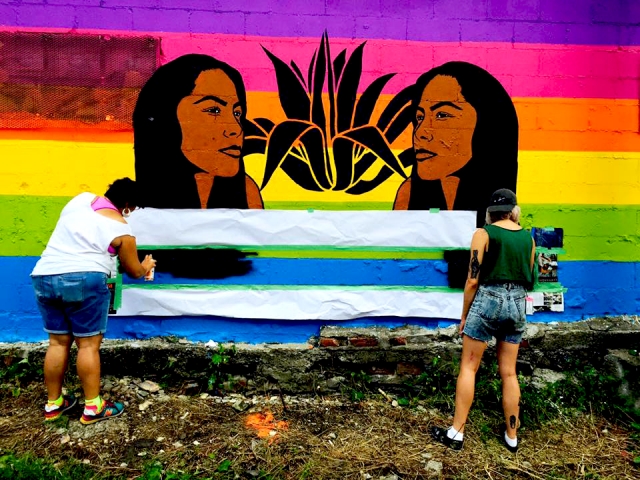 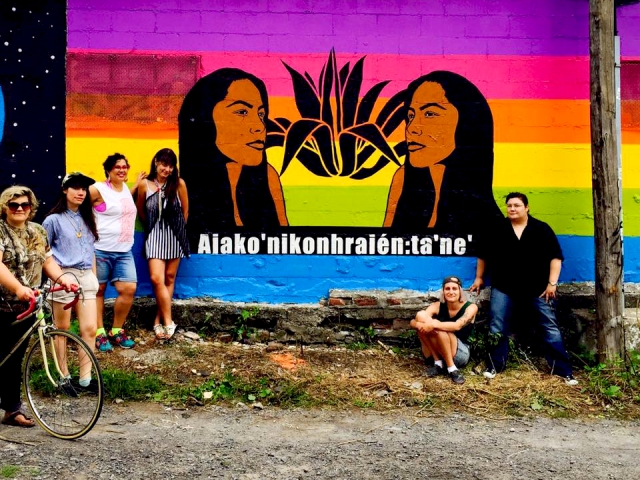