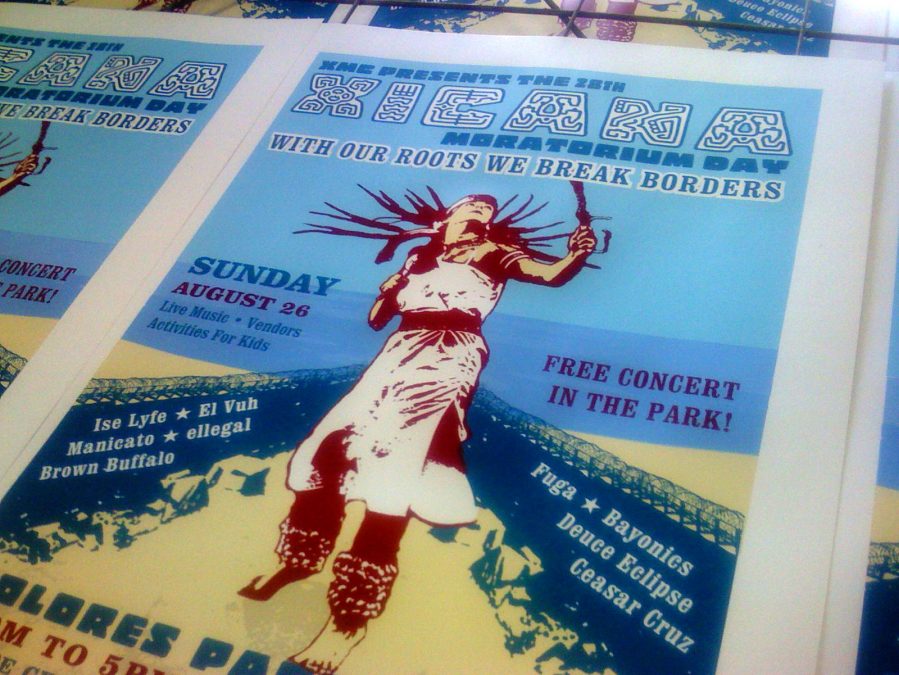 It’s August again, you know what that means, time for the Xicana Moratorium! This is the 28th commemoration of the Chicana Moratorium Against the Vietnam War in Los Angeles that happened August 29th 1972. The original Chicana Moratorium was a huge rally held in East LA to protest the US’ involvement in the Vietnam War, it was a beautiful celebration turned ugly by police brutality. Police turned on the citizens and started a riot, claiming that a youth had stolen a six-pack of beer and in their chase after him declared the protest a illegal assembly. There were three deaths at the event, including Ruben Salazar a Chicano journalist who had been covering the Chicano Movement in LA. Since 1980 the Xicana Moratorium Coalition has celebrated this event by holding a concert at Dolores Park to honor the memory of those who were killed and to keep the spirit of the protest alive.
This year Huaxtec was responsible for the organizing of the Moratorium and picked “With Our Roots We Break Borders” as the theme. They did a great job organizing the event, there was a good line up and although some asked for a little more Salsa music, maybe next year.
And for the 6th year i helped with the graphics for the event, creating a flyer and silk screen posters and helped my partner Melanie create a Banner for the stage. It is great to help out in this manner; I always love the challenge of creating an image for this event. Although I think that this is the best image I have put together since the first year I created a poster for the event.-jb 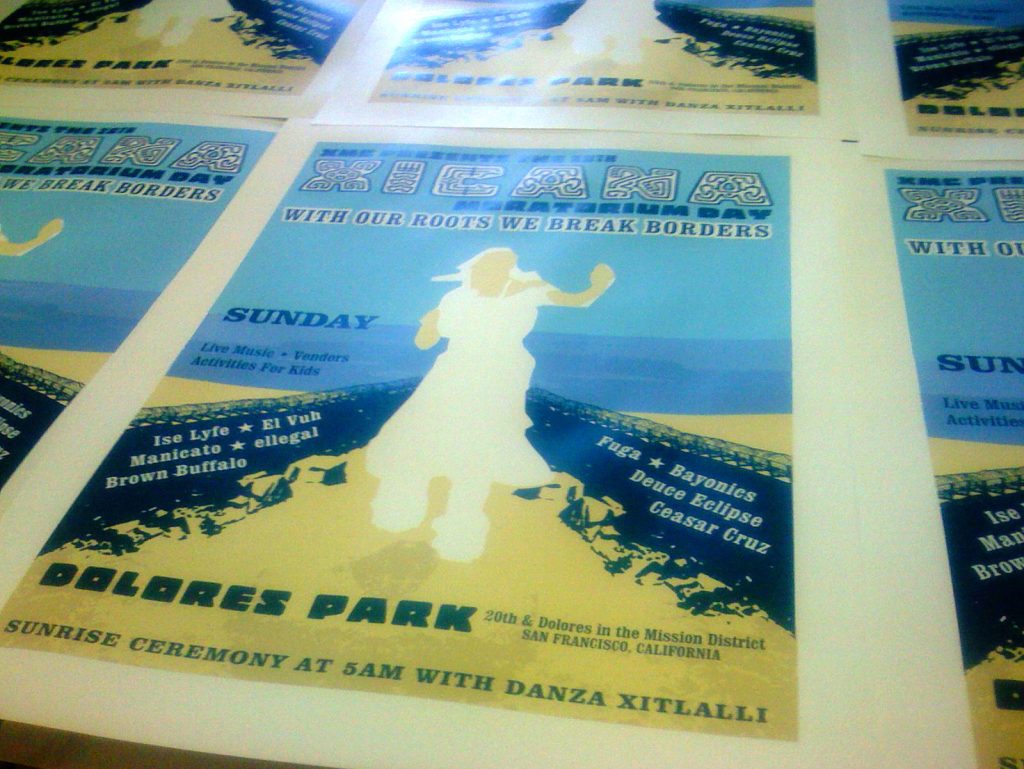 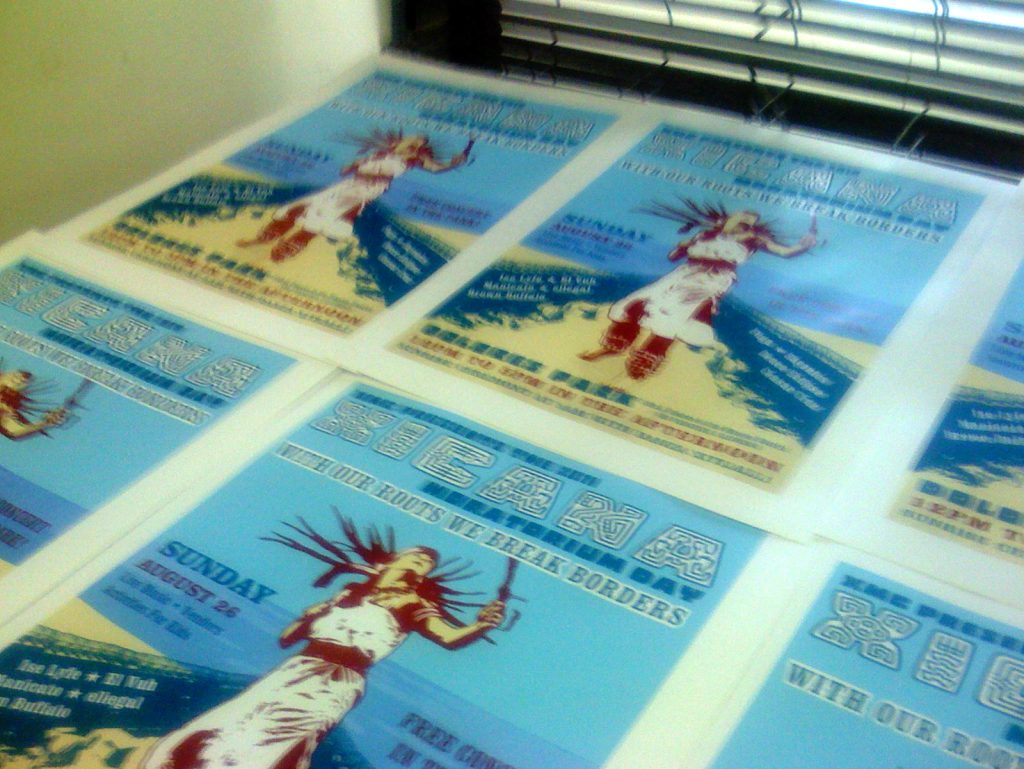 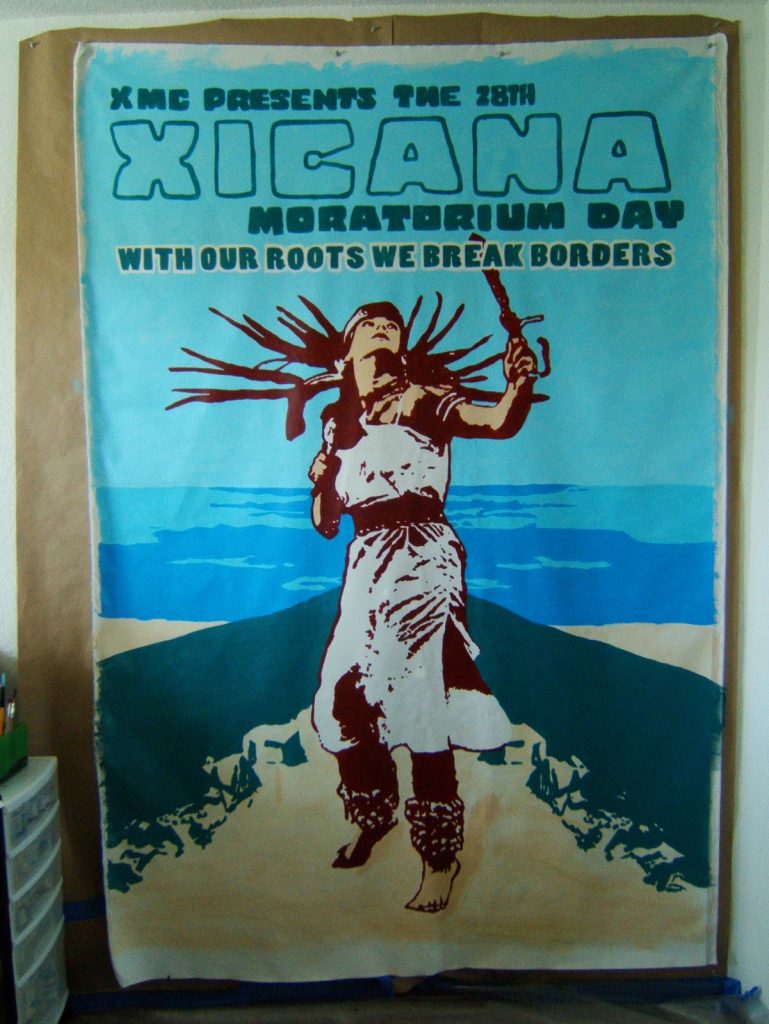 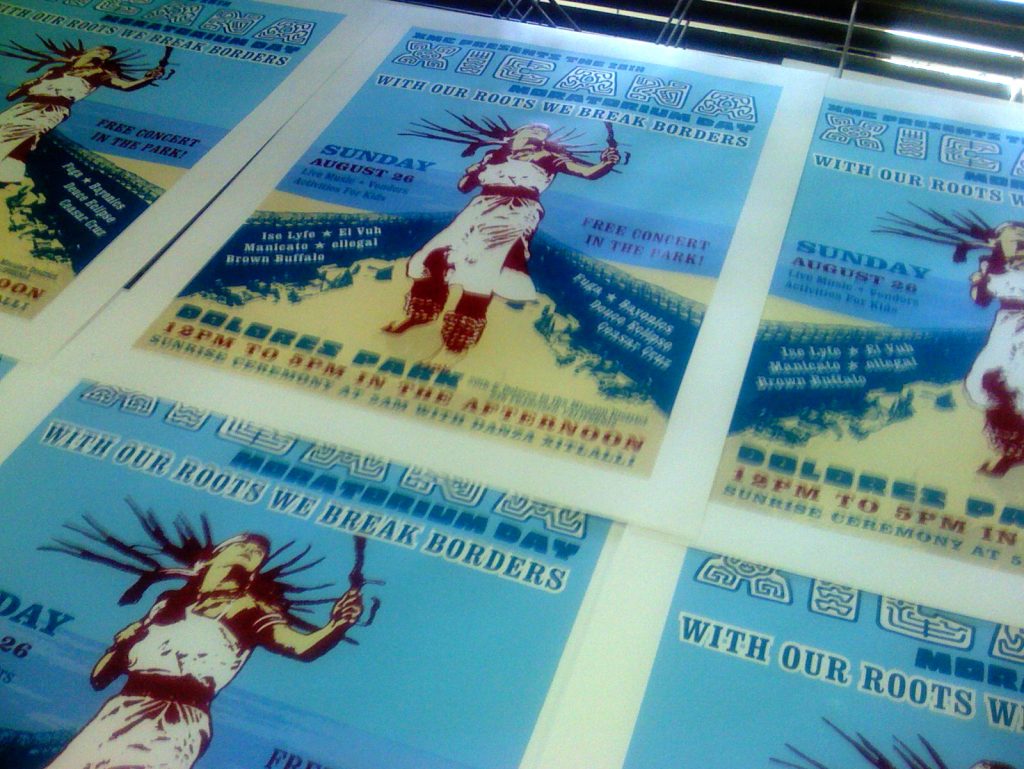 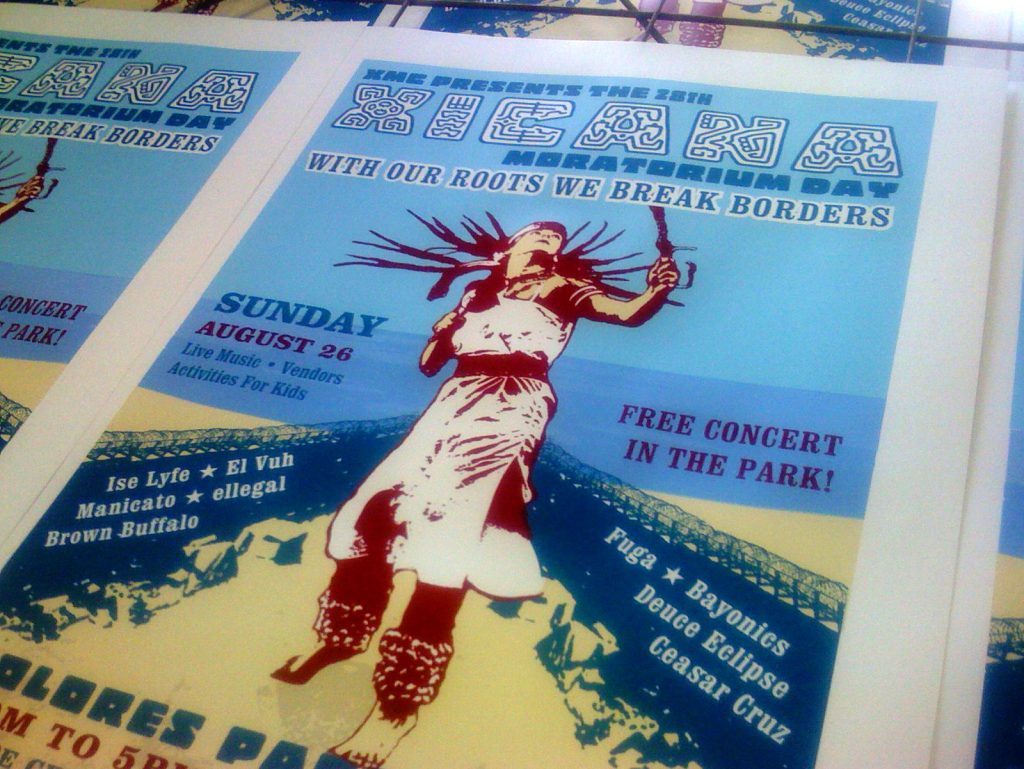